The tucked away Porsche 356 that became a concours winner… 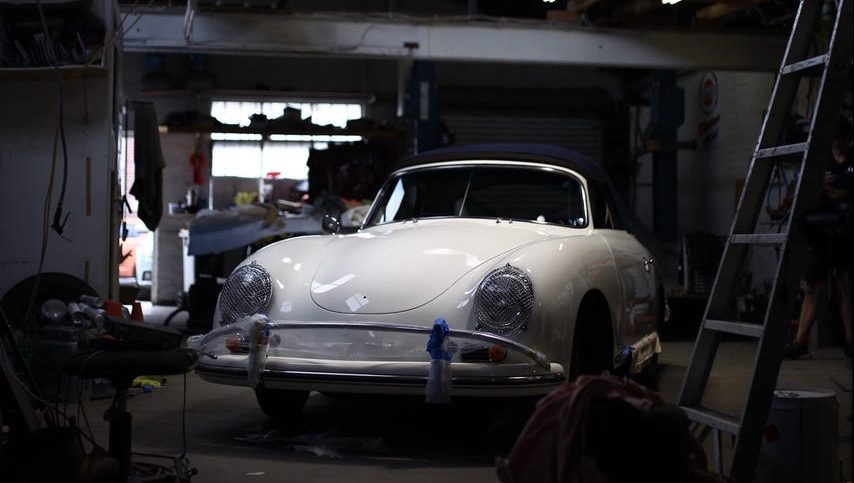 Some days we get phone calls that don’t raise too much attention to themselves, the usual requests for detailing and the likes. Some days we get calls that put a smile on our face and get us really excited about the job. This day was just another phone call, about an old Porsche somewhere in Cremorne. Vague job description for a quick clean up before the car is transported to another workshop for completion.

We turned up to an old building in the backstreets of Cremorne, no signal, no windows just a garage door. Upon being greeted we walked inside to discover this gorgeous little Porsche 356 sitting amongst a sea off dusty tools and bits of car scattered here and there. Like a diamond in the rough, it was mostly put together but some detailing was needed…

We went to work, doing a nice once over on the car but after discovering we were at the tail end of a 5 year restoration with the car destined for concours, we agreed on further work to be carried out before the big day.

That day later came, and instead of working in a workshop, we found ourselves in a little quiet cove of Toorak, staring at an early 70’s garage with two genuine Porsche 356’s.

The owner was in his late 80’s and had owned the 356 coupe accompanying the spider since new! He took delivery of the car over in Germany, and somehow crammed him, his wife and two friends into the generously proclaimed 4 seater, luggage and all, and toured around Europe in his new Porsche!

Months later that car arrived home to Melbourne where it still resides next to its freshly restored sibling.

We commend a full concours preparation on the spider and made arrangements for the day of the show. We are proud to say the car took out “best in show” at the 2019 356 concours.

The owner was ecstatic after such time spent in restoration, all was worth it for the recognition.

Probably the best part of the story was the owner telling us his wash methods were sound, we proceeded to watch him clean the coupe with a bucket and a broom. Sometimes its just best to leave people in their ways haha!