Flying across the world to detail at the Quail … 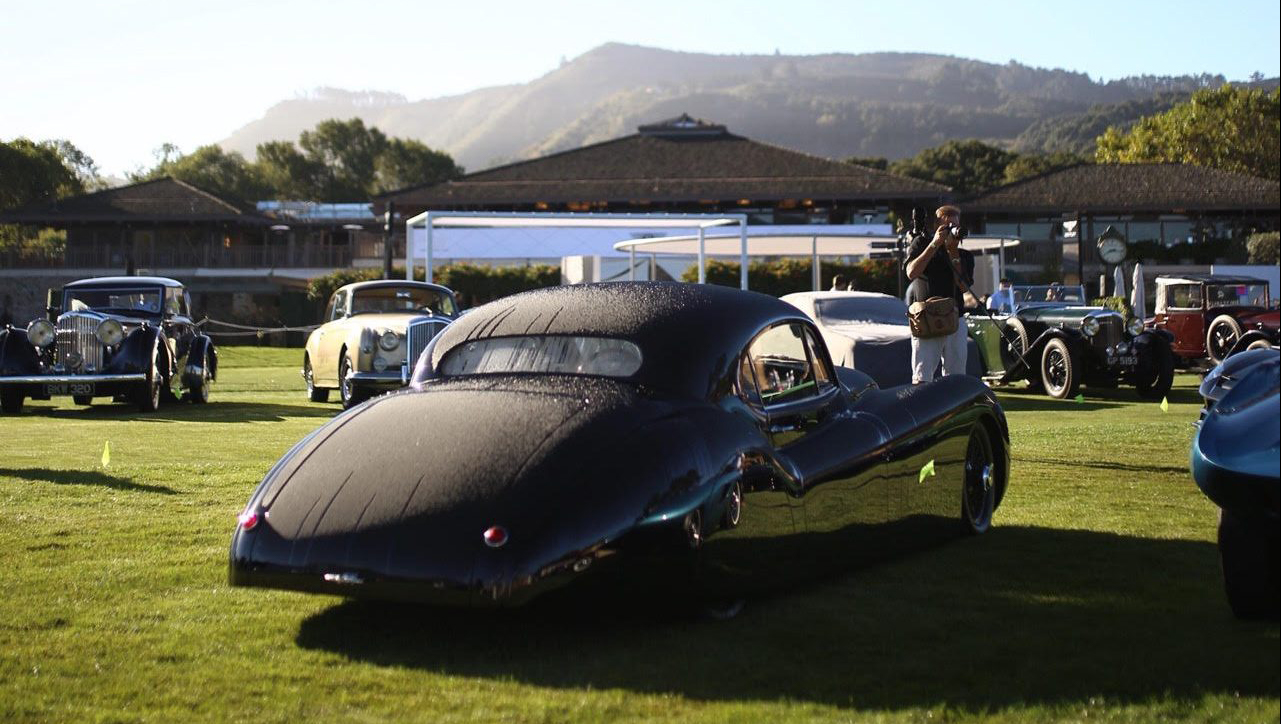 Probably one of the proudest moments for myself as a business owner and just a car lover in general, was in 2019 when we flew to America to present our customers Jaguar XK120 at the quail motorsport gathering. Probably the most high flying fancy event we’ll ever attend. Mixed with a fair bit of holidaying and relaxing, we ventured up to the small towns of Monterey and Carmel where the entire week surrounding Quail and Pebble beach is just one big exotic car show. On any which day you’ll come across hundreds of millions of dollars in cars just driving around. The car we were in charge of was our customers custom built Jaguar XK120, built by Hills and co in NSW. This car was to be displayed in the custom coach building class. On the Tuesday we arrived, I set out So find where the car was being held, which isn’t an easy task when there’s thousands of cars being transported and stored in all sorts of tents, garages and airports. We couldn’t find Justin who was on a flight over from Aus and we had to call it quits on finding the car. The next day we got in contact with Justin and were given a location as to where the car was, only to be let down as it wasn’t there…

Having the opportunity to present on one of the biggest stages in the world we wanted as much time as possible with the car but the timeline was shrinking!

Thursday before the show, Justin called and said he had the car and he would meet us at the set up area. Tickets to the show are few and far between, 2 per entry with allocations being auctioned before the event. We had to pay an eye watering 900$ for a ticket just to get in and get our hands on the car. The things you’ll do for work! First glance, the car was absolutely putrid, it had clearly been left outside at an airport and then rained on and it was in an absolute state. With no pressure washer or hose, this was our first issue. Having only packed essential products and machines that can fit in a suitcase I was unprepared. I managed to find some buckets lying around and some bottles of water which I “borrowed” and washed the car with. Issue number 3, being California its bloody hot and this day was no exception. It was 30-35 in the sun and the car was solid black, that’s a combo you simply can’t work with as a detailer. We couldn’t fit ourselves into any tents as I had originally planned as they were now full of tables and chairs. I managed to find a nice big tree that could provide the shade I needed.

Next issue was power, the area the show is held on is a golf course, and we’re on a fairway So there isn’t exactly power points on hand. I will say, American people will go above and beyond to help you out, a few guys building some of the stages helped bring their big generator over and got me plugged in. By this point it was early arvo and I was really running out of time, the car had evidence of swirling ( probably due to my cleaning method ), buffing holograms and some minor sanding marks probably brought back by the intense sun it had sat in. Paint was super sensitive and I could only manage a light paint correction to get it a shiny as possible while focusing on cleaning rather than paint ( just what judges look for more ). About an hour into working on the car, a nice local bird decided to drop a bomb right on the roof! All I could do was laugh. 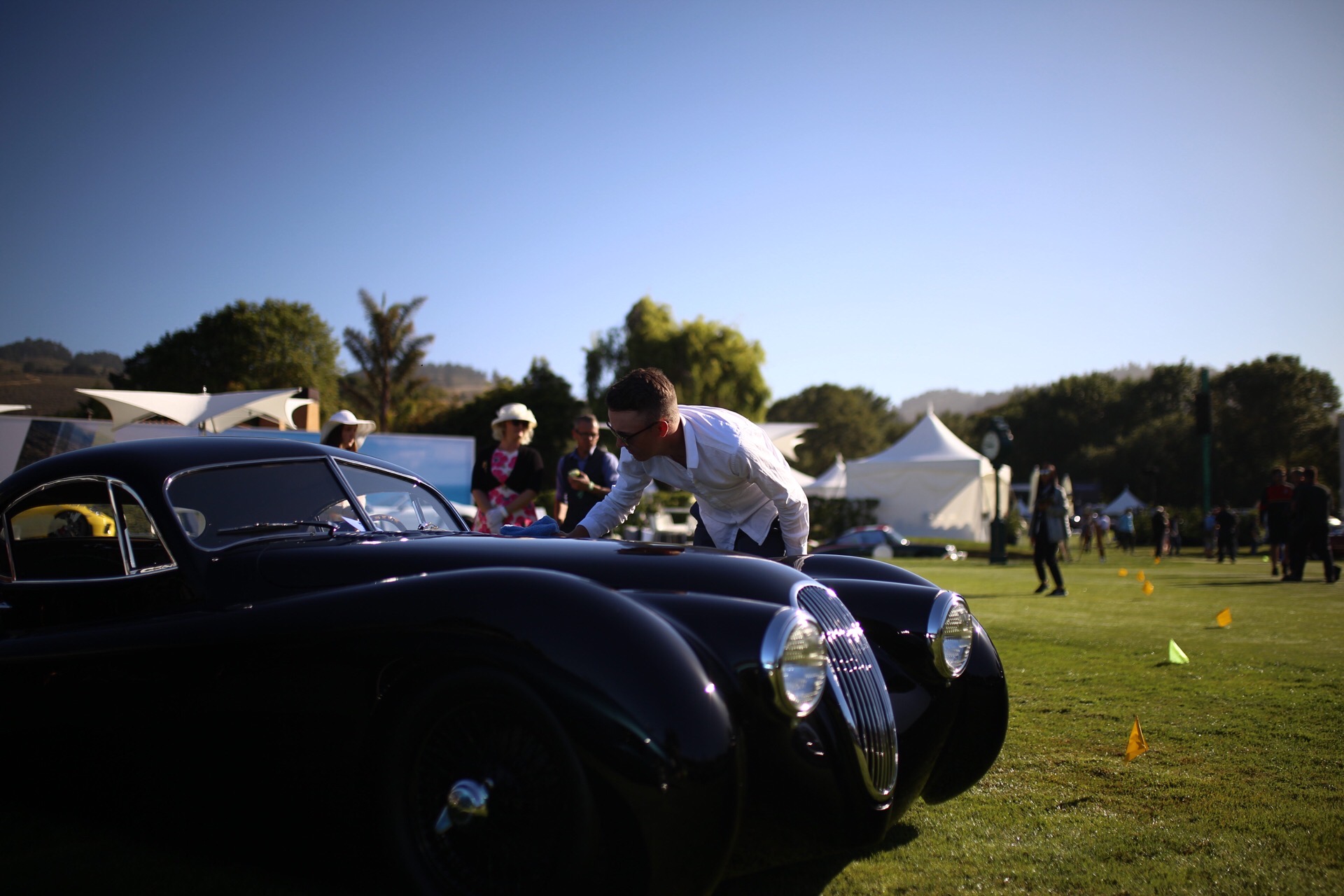 This is a funny bit that not many people know, a gentleman walked over and was enquiring what product I was using and what I was doing. He seemed educated So I explained the situation and why I was just giving it a light correction to balance out the cut, and polish side in one hit. He then proceeded to tell me he could do a full paint correction in a few hours with “his product” on this solid black car sporting all those types of imperfections. After pretty much telling him he didn’t know what he was on about and him leaving I learnt he was the founder of Mothers polishes, oops haha. We managed to finish off the car and get it in place for the next day, the paintwork on this car is like nothing I have seen before. The craftsmanship and quality that have gone into this car is just mind blowing and Justin Hills is truly the best in the world at what he does.

Next morning we turned up and gave the car its final wipe over, packed up and started sipping champagne at 10am, back to holiday mode! Later in the day we noticed our little jag was lining up for the award ceremony, just in front of a McLaren F1 LM, no big deal. Seeing that Jag drive across the stage and receive best in class was a proud moment that I’ll never forget. Thanks to all who made this opportunity possible.